Micromobility and the E-Scooter

While these vehicles have their advantages, cities should consider the potential costs and benefits before committing to a micromobility plan. The costs of traffic congestion are a huge concern, costing the United States $88 billion annually and more than $1,400 per driver. As a result, micromobility startups are emerging as an alternative to public transit and the Covid-19 crisis. While cities are often wary of private companies that provide services on public land, it is important to think long term and develop a plan for micromobility in advance.

In addition to its benefits, micromobility poses a significant challenge for cities. It's essential to balance the interests of citizens, service providers, and cities to create a micromobility equilibrium that will benefit all involved. Micromobility requires an individualized balance between competition and new entrants. No one formula works in all cities. However, there is some general guidance that cities can follow. They should be mindful that micromobility may not be the perfect solution for every city.

The popularity of micromobility varies among different cities, both in the U.S. and around the world. Its success depends on the city's terrain and layout. Cities with sprawling neighborhoods will not be able to adopt this type of technology as well as a more compact, centralized urban district. While Seattle has delayed the launch of micromobility solutions, other cities have embraced it with open arms. Some cities are even allowing the use of micromobility scooters in the downtown area.

Micromobility startups must comply with city regulations to operate. Failure to follow the rules may result in steep fines and even banishment from a city. Examples of these companies include Lime and Bird. While these companies are still growing, they must adhere to city regulations. In some cases, the regulations are actually beneficial to cities because they help to regulate the industry. While micromobility companies have raised millions of dollars from investors, they have not been able to scale at a sustainable level.

Micromobility solutions have moved away from a fixed dock and have adopted dynamic models. These systems enable passengers to source the nearest vehicle that matches their location and unlock it with their digital credentials. Some systems are even incentivizing riders to end near in-demand locations. There are still a few hurdles to overcome before micromobility becomes a reality. The main challenge to micromobility is logistics. As the micromobility industry grows, it is crucial that these devices be tracked and protected.

While some micromobility startups have had difficulty with profitability, they've rebounded in recent months and are making headway. These startups are looking to address challenges in urban areas and offer a viable transportation solution that is a greener alternative to driving. A recent acquisition by Uber of the bike-sharing startup Bluegogo transferred Jump's ownership to Lime and its subsidiary. Another micromobility startup, Superpedestrian, has acquired Zagster, creating a complete micromobility company.

While micromobility devices are not as popular as traditional vehicles, they have many uses. They can serve as the last-mile transportation or as first-mile transport. Some cities have even placed micromobility vehicles at transit stations to make it easier for people to reach their destinations. These vehicles can also complement existing delivery vehicles such as bicycles and buses. And while the concept is still relatively new, it's certainly becoming increasingly popular. For example, in San Francisco, where micromobility scooters are becoming increasingly popular, they have become an integral part of public transportation. 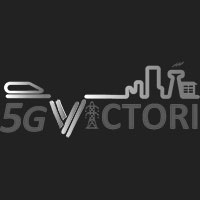 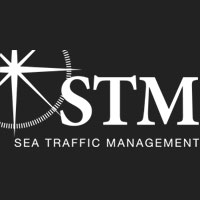